The Joe Chaplain Band along with the Cork Pullers are getting together for a musical revue that will cover everything from folk, country and blues and features songs from Neil Young, Chris Isaak, Lucinda Williams and more, all as a benefit for the historic Sebastiani Theatre on Saturday, April 21, at 7:30 p.m. Chaplains band will have a few special guests sitting in that night as Sheila Whitney, Monica McKee, Keith Ridenhour and Sean Caffey will all be on stage. The Cork Pullers open the show with their own brand of folk-rock covers. The show is reserved seating, so it’s first come, first served. Tickets can be purchased at the theatre box office.

Sonoma Jazz Camp is back for this summer, and thanks in a big way to the Sonoma Valley Jazz Society. The society is presenting a benefit on Saturday, April 21, at the Sonoma Valley Womans Club that will feature a historic jazz movie, “Great Day in Harlem” followed by a performance by jazz greats, the Roger Glenn Quartet. Showtime is 7 p.m. and tickets can be purchased at Readers Books or at the door, if available.

Hawaiian music legend Dennis Kamakahi is in town for his CD release party to be held on Sunday, April 22, at the Sonoma Valley Veterans Memorial Building. Kamakahi will be accompanied by Stephan Inglis, as the duo has put a CD together about Kalaupapa on the island of Moloka`i, singing songs and stories about the people of the island. Show time is 3 p.m. and for tickets and more info, call 996-0719.

April in Carneros is this weekend, Saturday and Sunday, April 21-22, and a few of the wineries participating in the event will have live music. Ceja Vineyards will feature Orquesta Borinquen, playing fiery salsa music both days. Meadowcroft Winery will have Adam Traum and Liz Brown on Saturday, April 21, and Ten Foot Tone on Sunday, April 22. Tickets for the event can be purchased at any of the participating wineries and for more info, point your browser to www.carneroswineries.org.

The Granery on Eighth St. E. presents Family Farm Day on Saturday, April 21, with the music of Terry Barboza, as well as animals in attendance, 4H info, haystack mazes and an earth day celebration. Popo the Clown will even paint your face if you need a little color. The event kicks off at 10 a.m.

The El Verano Inn has the classic rock sounds of Captain Crunch on Saturday, April 21, kicking off at 9 p.m. There is no cover for the show.

Murphy’s Irish Pub welcomes the David Thom Band tonight, April 20, for a night of traditional bluegrass. Thom has been making a lot of noise in the national bluegrass circuit as of late, and it might not be long before we will have to say “we knew him when…” Saturday, April 21, it’s the Perfect Crime. Both shows go off at 8 p.m. Sunday, April 22, it’s E. Z. Kewl for an early show, kicking off at 6:30 p.m. There is no cover for any of the shows at the pub.

The Ledson Lounge welcomes back Jess Petty and Ken Chambers on Saturday, April 21, for a night of jazz. Petty plays trumpet and flugelhorn, and sings in a strong jazz vocal style that is his own, and is considered a world-class musician. Showtime is 6:30 p.m. and there is no cover.

The Plaza Bistro also has jazz tonight, April 20, with an appearance by the Anton Schwartz Quartet that kicks off at 7 p.m. Schwartz walked away from a high-powered academic career in Artificial Intelligence to play music full-time. Anton quickly gained an enthusiastic following as fans responded to what the San Francisco Chronicle called his “warm, generous tone, impeccably developed solos and infectious performance energy.” With Schwartz tonight will be Keith Saunders on piano, Mike Bordelon on bass and Alan Uren on drums. There is no cover for the show.

Landmark Winery and Vineyards has Carlos Herreras at the winery in Kenwood on Saturday, April 21, kicking off at 11 a.m. Reservations are required and can be had by calling 833-0221.

The Blue Moon Saloon has Crazy Noisy Karaoke on Saturday, April 21, starting at 9 p.m. Sunday, April 22, the blues jam continues into its fourth year, starting at 10 p.m. There is no cover either night.

Junior Boogie will be in Napa on Saturday, April 21, at Silos Jazz Club, for an 8 p.m. show.

Michael Hinton is on the road to San Francisco on Sunday, April 22, as part of the Earth Day celebration at the Civic Center. Hinton will be a part of the legendary Barry “the Fish” Melton’s band. Their set is scheduled for 4:30 p.m.

The Hellhounds will be in Calistoga at the Hydro Bar on Saturday, April 21, for a 9 p.m. show.

WhiteWall will be playing their debut show at the Phoenix Theater in Petaluma on Saturday, April 21, kicking off at 7:30 p.m.

After a week hiatus that saw country western and even rock and roll in the backroom at the Plaza Bistro, jazz is back, with the Sonoma Valley Jazz Society presenting two great shows this weekend, starting tonight, Aug. 19, with the Neil Buckley Octet. Saturday, Aug. 20, brings in a couple locals, Jason Bodlovich and Isaac Carter. The duo plays a kind of “gypsy-jazz-rock-fusion” that is really unique and showcases the talent of these two guitar players. The band has opened recently for Joe Satriani and other name acts around the Bay Area. Showtimes both nights are 7 p.m. and there is no cover. 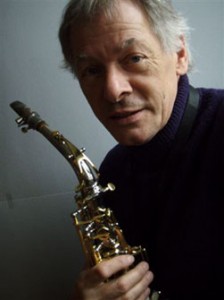 Speaking of jazz, Sonoma Valley lost a local musician this week, when jazz saxophonist Armin Winter lost his short battle with cancer. Although he prided himself playing jazz, Winter could play any genre of music, and about any type of horn. When he sat in with us for any of the acts we were in, it almost felt like you were on Saturday Night Live and in the band, as Winter knew exactly what to play where and when to lay down an accent; he was that good. Born in Switzerland in 1950, his family steered him towards classical music and jazz, and was classically trained, but the American rock music scene was too much of a pull for Winter, and he found himself in many acts in Europe and America, most recently filling the incredibly large shoes of Jerry Garcia in the JGB, after Garcia passed away. Winter headed the band on vocals and saxophone for over five years. In addition to music, Winter was also an exceptional artist as a painter, creating large format images on canvas of legendary native American Indians, to him, as a tribute to their heritage. Winter passed away on Monday, Aug. 15, 2011 in Sonoma. That band upstairs just keeps getting better. To check out some of Winters art and music, Go Here.

Murphy’s Irish Pub welcomes the debut of Snap Jackson and the Knock on Wood Players tonight, Aug. 19, for an 8 p.m. show. The band hails from Stockton and plays a mix of bluegrass, Americana and “old time music.” Saturday, Aug. 20, the pub has the Perfect Crime, playing folk, blues and ballads, also for an 8 p.m. start time. Sunday, Aug. 21, welcomes Arann Harris and the Farm Band for an early evening of eclectic Americana and blues, for a 6:30 p.m. show. There is no cover for any of the shows at the pub.

The third in a series of community barn dances is happening on Saturday, Aug. 20, at the United Methodist Church. The dances are called “Contra Dancing” but they are really a form of American and square dancing. Laying down the music will be Heartstrings, with Debra Tayleur on keyboard and two fiddlers, Regan Hemphill and Janette Duncan. Calling all the dances before and during will be Celia Ramsay. For more info, call 939-9999.

It’s a night of “Number One Hits” at Little Switzerland on Saturday, Aug. 20, when BackTrax will be laying down song after song of former Billboard number one hit songs from the ‘50s to the ‘90s. In addition, it is one of the local bands no cover nights at the venue, waving the cover to feature a local act. Showtime is 8 p.m. and food will be served until late hours.

The Red and White Ball is back in action and bringing in Dave Martins House Party Band to provide the entertainment on Saturday, Aug. 20. Martin’s band has rocked the event for many years, with its zany stage show and great dance tunes. The event is a benefit for the Sonoma Valley Education Foundation. This year, the event is offering three levels of access, all the way from the sit-down dinner to just showing up for the dance after. For tickets and more info, call 935-9566. 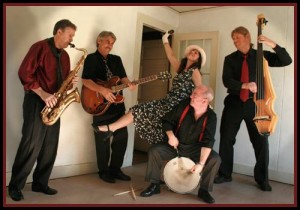 tonight, Aug. 19, at 6:30 p.m. in the tasting room. Dinner will also be available from Community Cafe and typically sells out quick. There is no cover for the evening.

Wildflower Weed is back at the Sonoma Community Center farmers market on Saturday, Aug. 20, kicking off at 10 a.m.

Not to be outdone, the Cork Pullers will be in the produce aisle in the Whole Foods in the Sonoma Marketplace on Saturday, Aug. 20, starting at 11 a.m. 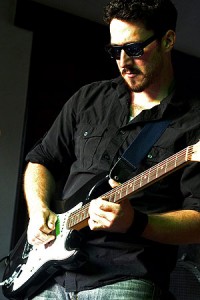 Maya Restaurant has live music tonight, Aug. 19, with the Sean Carscadden Trio for a late show, starting at 10 p.m. There is no cover.

El Verano Inn has an interesting show on Saturday, Aug. 20, and even after getting clarification, it’s still not clear to us what exactly is going on other than music of some sort. We’re just probably not as hip as we should be. There are six acts that will take the stage, none of which are said to be DJs but they seem to have “DJ-like” names, so here we go. Headlining will be Strukture Free, with support acts being Big Weight Entertainment, 101 Entertainment, MC Catastrophe, J Rollaapzo of Virtuosos, and Padroni. Showtime is 9 p.m.

Landmark Winery and Vineyards will have the steel drum sounds of Mary Spalding in the courtyard on Saturday, Aug. 20, at 1 p.m.

The Barking Dog Roasters in Boyes Hot Springs welcomes the monthly show from the Joe Chaplain Band on Saturday, Aug. 20, and this time he’ll have the Super Dogs with him. Show starts at 6 p.m.

Jon Popenoe and Tom Wolfe will be at St. Clement Winery in St. Helena on Saturday, Aug. 20, for a 1 p.m. show.

Hot 45s – Shows within a 45 minute drive from the Island.