“Wanted: People who want to learn vocal harmony” is how the ad in the paper read. The first week there were 10 people interested, the next week 20, the following week 30, six weeks later there were close to 50 people all interested in singing, and Vox Populi was born. The term is Latin, and translated means “Voice of the People” and the group has certainly turned into that. Founded by mark Dennis seven years ago, the “Rock and Roll Choir” has been involving and performing for the community ever since. Dennis knew he was on to something in the second year, when the local musical act Plan Be joined the group and the presented “Abbey Road – a Tribute to the Beatles” to sold out crowds at the Sebastiani Theatre, an act they even took on the road to Mill Valley at the Throckmorton Theater, also performing to sold out houses.

The audition is simple. You have to answer one question out loud; “Can you sing?” as Dennis feels if you are confident to be able to say that you can, you likely can, but until you can say it out loud, it’s no deal. Dennis puts a lot of effort into making sure all participants know their parts. This is not a bunch of people just “singing along,” but all members are assigned specific harmony lines and the songs are delivered with all 4 parts in the background and your line “up front” or boosted from the other vocal lines. Formerly a painstaking process involving burning endless CD’s, Dennis now has a group member that posts the tracks online. Dennis does this for every vocal line in every song the group performs.

The group practices every Wednesday night, and he means every, as they only take about two Wednesdays off a year around the holidays, at Energy Studios in the Mercato Plaza.

“A real community has risin’ out of this thing” says Dennis, “Friends that were not prior are now, and even some relationships have come out of the group.”

The next performance by the group is slated for Monday, May 11, at 7:30 p.m. at the Sebastiani Theatre, and all shows by the group at that venue are a benefit for the beloved theatre. They are billing it as “Satisfaction” and will feature songs from the Rolling Stones, the Beatles, Sir Elton John, Crosby, Stills, Nash & Young, the Eagles & more. Providing the back line for the night will be Dennis on guitar, Mark Willson, also on guitar, Dave McKee on percussion and long-time sound man Pete Carlson providing sound reinforcement. The shows all sell-out, so advance tickets can be purchased at the Sebastiani Theatre box office, or at the door if available. If you cannot make that performance, the group will be presenting an encore performance on Saturday, May 30, at the Sonoma Valley Woman’s Club, also at 7 p.m. 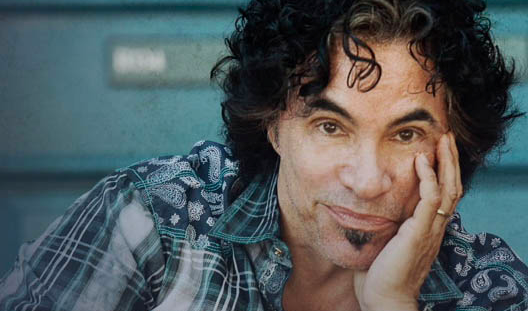 We’ve said it before here in this space, the amount of rockstars that come to perform in our little Valley have to outnumber areas of similar size anywhere. OK, Maybe Austin Tx, but coming Saturday June 13, we’ve got a couple more showing up for a benefit for the Joseph Capone Scholarship Fund at the Old Adobe School. John Oates from Hall and Oates along with Holly Williams, granddaughter of the legendary Hank Williams will grace the stage at the historic Sebastiani Theatre. With them will be James Maddock, Nicole Atkins, Holt Brothers Abbey, Kelly Fitzgerald, T Sisters and Brothers Keeper with Jono Manson and Jason Crosby. In it’s second year, the inaugural event raised 25 Thousand dollars, enough to provide five year long scholarships at the school for families that could otherwise not afford to attend.

Oates was half of one of the most successful duos in popular music, in the ‘70s and ‘80s churning out hit after hit with his partner Daryl Hall to the tune of album sales of over 80 million. He is a member of the Rock and Roll Hall of Fame, the Songwriters Hall of Fame and a BMI Icon. Williams would probably frown on the fact that we pointed out her famous grandfather, as she has made it a point to become a signer songwriter in her own way, with her own words and not ride on his coattails, which has gained her much respect in the singer-songwriter community.

The mission of the Blue Rose Foundation is as follows: “The Blue Rose Foundation believes that equal access to resources starts children on an early pathway to success, and strengthens our families and communities. By awarding preschool scholarships to children from economically disadvantaged families, we foster a life-long love of learning and provide the children with the tools to reach their full potential.”

Tickets for the event are on sale now and for those and more information, point your browser to bluerosesonoma,org.