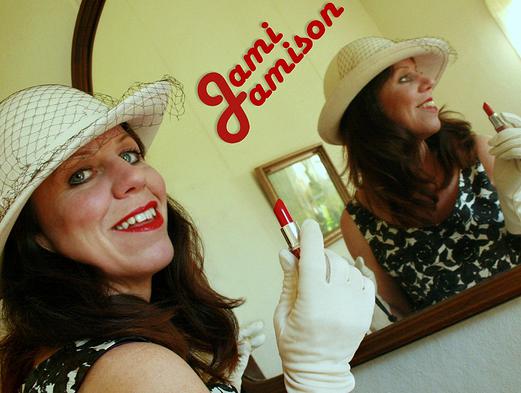 To say that Jami Jamison has paid her dues in the music scene would be a severe understatement. Singing for audiences since was just a child, it’s clear that performing is in her blood. With her sultry vocals and sassy moxie, whether she’s singing blues, jazz, swing, or even rock, you will have no choice but to pay attention. We did a stint with her act in the late ‘90s when the band was Indigo Rose, and we said then and will say now, Jamison is one of the best undiscovered female vocalists in the North Bay. Not that the North Bay doesn’t know who she is, but she can hold her own with just about anyone, anywhere.

She has always surrounded herself with quality musical talent and her current act is no exception. Her long-time partner and guitar player, Dennis Cordellos, is a home-grown Sonoma boy and has been playing guitar since he was 14. The Berklee School of Music trained guitarist has toured the nation, and has performed with the likes of Paul Simon and Huey Lewis. He was also a staple in the well-known regional act Pacific Coast Highway.

Her current rhythm section is really tight, with “Little T” Terry Domingue holding down the drums and Tom Buckman on the bass. Buckman has been performing for 45 years and Domingue has quite a resume. He won’t brag about it, but he spent nine years as Merle Haggard’s drummer, touring the world and has the stories to back it all up. Growing up 20 miles from the Louisiana-Texas state line gave him respect of Cajun and the blues as well, as he toured with Joe Louis Walker as well as others.

Keith Ridenhour on saxophone also has quite a resume. The St. Louis native spent many years with Bob Kuban’s Brass Band, where he performed for over 50,000 football fans in Cardinal Stadium each weekend. Ridenhour also attended the Berklee School of Music and later went on the get a teaching degree in music and gives lessons in Sonoma Valley and also performs free shows at a number of care facilities around the Valley.

The act has quite a following and never disappoints. They will be at Murphy’s Irish Pub tonight, April 3, for an 8 p.m. show. If you have not seen the act, now is your chance.

Spin of the Week: Wildflower Weed 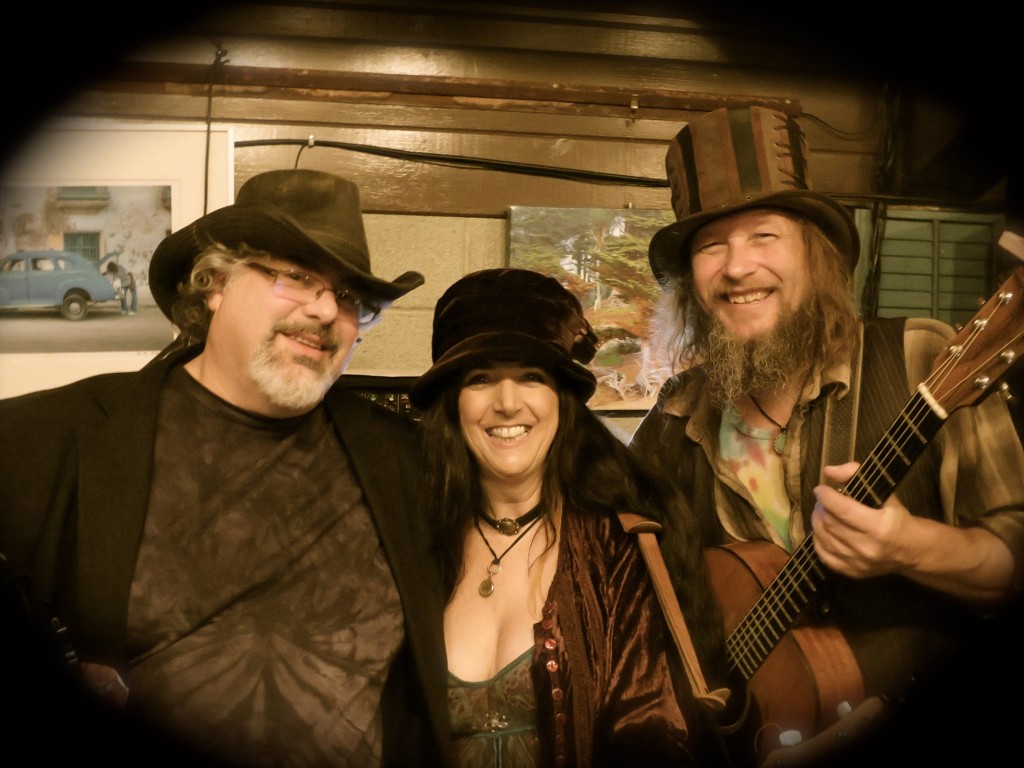 “Can you teach me how to play guitar?” It’s likely countless bands started with those exact words, and in the case of WildFlower Weed, that was exactly the scenario. Mary Bennett had been watching her partner, Lane Means, fool around on the guitar over the years they were together, mainly for fun, but she wanted to write some music, so everyday after work, the couple would play guitar on the front porch of the old Victorian and learn chords, changes, progressions, that would eventually lead to songs. Roll the clock forward and the couple finds themselves in the Black Point String Band with several long-time music friends. The band was short lived but the seeds had been sown. Means wanted his own act and came up with the name that he felt reflected the couple “She’s clearly the wildflower” says Means with a smile, “so that must make me the weed.”

Playing out locally with the Black point String Band exposed the couple to many local players who, unbeknownst to them, lived right in the neighborhood. And the band was born. Weekly practice sessions with a number of local musicians led to the first CD release in 2012. “Down the Road We Go” featured a six piece act and numerous musical guests.

The act has essentially created their own genre of music, with Means calling it ‘Hippie Mountain Music” which seems to blend folk and a little country with Celtic and, well, a hillbilly vibe.

The couple decided then to pare down the act, and ended up with the most unlikely of bedfellows on guitar, Jeffro Hunter. Hunter is an accomplished metal and hard rock guitar player, but you wouldn’t know that from the melodic acoustic licks he lays down. The new trio decided it was time to cut a new CD and up to the attic in the old Victorian they went, with the attic now a fully functioning recording studio.

The new album, “From the Forest to the Sea” focuses on finger picking and utilizes a number of string instruments and like the previous release, features many local guest musicians. The disc is mostly original songs and even the covers they do are uniquely their own. “Blackheath Fair,” written by Paul Whiting, can only be called an acoustic Celtic drinking ballad, but other songs are gentle, like “Her Mantle so Green” with Bennetts vocals telling the story and smooth licks laid down by Hunter. The band covers a Kate Wolf song, “Redtail Hawk” and even has their own version of the Mungo Jerry classic “In the Summertime.”

You can catch the act around town and for more info and to get the CD, you can visit and like them on FaceBook at facebook.com/wildflowerweed