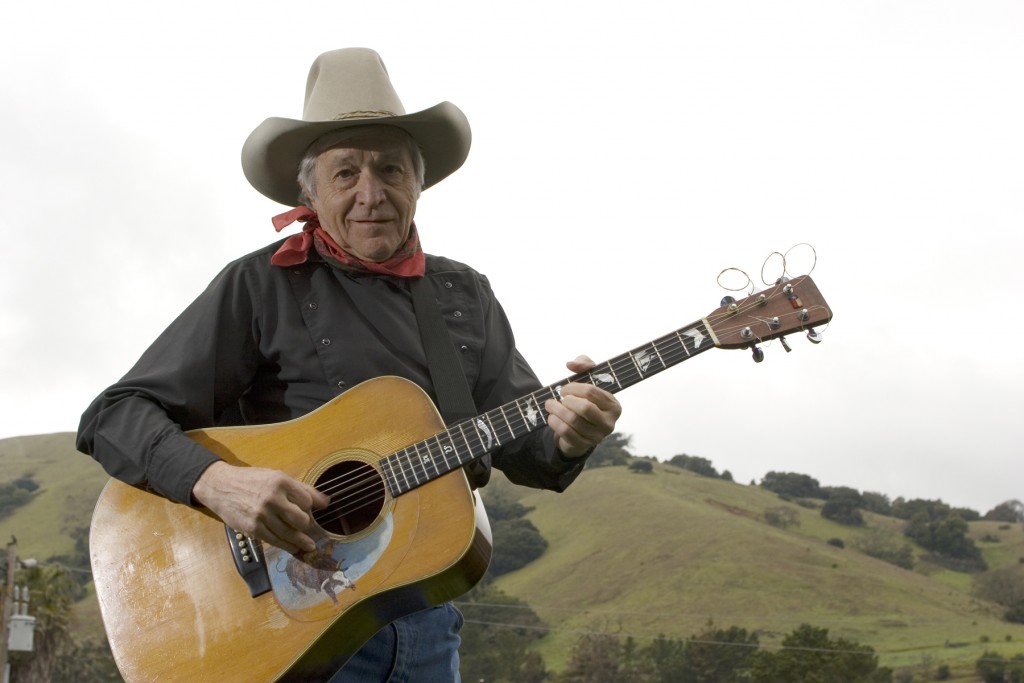 It’s called the “Listening Room” because they want you to do just that; shut up and listen. But how can you make that happen with essentially a sports bar and beer pub ten feet away? Dean Biersch and K. C Turner thought long and hard and came up with the idea for the Sonoma HopMonk Tavern to surround the room with thick, theater curtains and install a state of the art sound system so there was no doubt that once the curtains closed, they meant business. In addition, rows of chairs were laid out. 60 to be exact, to make the experience even more intimate. “ We really wanted to give the room a lift so people can see that value of the ticket price” said Turner. The series is scheduled for twice a month at this time, with more shows being added over time. Currently Turner is pulling acts from his rolodex but that may change with acts that normally fill larger rooms stopping by the intimate venue on the Sunday nights.

This Sunday, April 26, the Listening Room presents Ramblin’Jack Elliot. Elliot is a folk legend, growing up inspired by rodeo and the music of Woody Guthrie, so much so that it’s said after Woody’s death at a 55 in 1967, that Guthrie’s son Arlo actually learned his fathers style of playing from Elliot. Elliot even had influences on a young Bob Dylan, Frank Sinatra and even Mick Jagger, who saw him busking on a train platform in London. The list of musicians Elliot has played with or had a part of their career is too long to even begin to list here. Elliot has appeared in movies portraying country singers and took home a Grammy in 1995 for his album “South Coast.”

The show kicks off at 8 p.m. and at time of this writing, tickets are still available, and will be at the door if not sold out.

Turner has big plans for the Listening Room, already presenting the likes of Chuck Prophet and Tim Flannery, with Megan Slankard, Box Set Duo and Mother Hips all with upcoming shows. For more info about the shows, point your browser to hopmonk.com/sonoma 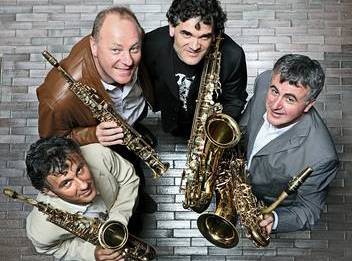 Anytime you can get four saxophones together in one room, it’s a party, but get four Italian saxophone players together and look out. That’s what’s happening at the Vintage House senior center on Sunday, April 26, at 3 p.m. The act, founded by Federico Mondelci in1982, has had a number of configurations over the years with Mondelci being the only original member, and performed at over 1,000 shows all over the world. The quartet has a number of “preset” shows that include Johann Sebastian Bach – Aria, Giovanni Gabrieli – Canzon Seconda and Jean Françaix – Petit quatuor pour saxophones. Sundays show will feature pieces from Ennio Morricone, Astor Piazzolla, Jean Baptiste Singelée and more. Bandleader and founder Federico Mondelci will perform on the soprano saxophone, along with David Bartelucci on alto saxophone; Pasquale Cesare playing tenor saxophone and Michele Paolini on the baritone saxophone. “The Quartet boasts a distinguished career and ranks firmly among the most interesting groups on the Italian musical scene, both for the uniqueness of its instrumentation and unquestionable quality of its performance.” Il Messaggero. Showtime is at 3 p.m. and for tickets and more info, point your browser to sonomaclassical.org.

The Sonoma Classical Music Society was founded in 2004 by George Ellman and Al Fisk with the mission to sponsor a series of classical music concerts of the highest professional quality. The society brings to Sonoma chamber music groups that may represent the unusual, such as Russian liturgical music and folk songs as well as the tried and true classics such as Beethoven’s Archduke Trio or any one of Mozart’s quartets. The group has also featured local violin prodigy Nigel Armstrong a number of times. They present shows in and around town and at local wineries as well, with a show coming up May 17, at Jacuzzi Family Winery. The group takes memberships and you can contact them at the website listed above.