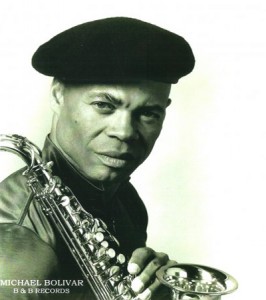 Michael Bolivar has performed with many artists such as Lou Rawls, the OJays, Billy Preston, Helen O’Conner, Aretha Franklin, the Duke Ellington Orchestra and many others. Having performed with such a wide variety of musicians, Bolivar has enjoyed the benefits of a diverse repertoire, which is reflected in his performing and recording career.

Paul Mehling, the leader of Hot Club of San Francisco (HCSF) and the man dubbed the godfather of American gypsy jazz, discovered the music of Django Reinhardt and the Quintet of the Hot Club of France in grammar school. Decades later the music that took root in his young soul finally bore fruit.  “We have a swing or die approach to the music that’s distinctly American” says Mehling.  “We’re trying to challenge the tendency to slavishly imitate Django’s style, without watering down the gypsy tradition or diluting the music…”

Tainted Love is a classic ‘80s rock tribute act, with all the fanfare and showboating you’d expect from a band of that genre. A fun time guaranteed.

SugarFoot is an energetic seven piece band, featuring three part harmonies and a super tight and funky rhythm section. SugarFoot is a high-caliber rythm and blues, rock, funk dance band that will have you dancing from the first downbeat.