Spotlight – Thursday Night at the Moose

In eras of music gone by, the local fraternal organizations, Eagles Aeries, Elk’s Clubs, Moose Lodges and more provided many a band with their first opportunity to play live. Long before the arenas and concert halls and even bars, the local “meeting room” had all that was necessary to put on a dance or show. Stage, lights, likely a bar, parking and a dance floor. At the time “decent folks” didn’t go to jazz clubs, but it wasn’t long before people found out what they were missing. Meanwhile, the fraternal organizations provided what was needed to put on a “dance party.”

Fraternal organizations have been fading over the years, as let’s face it, the members are getting older and are not being replaced by new members. As the chapters see the membership drop off, slowly the local chapters are closed, leaving behind years of history and missed opportunity. Joining the organizations are inexpensive by today’s standards, and the price hasn’t gone up much over the years. About 60 dollars a year, and a willing sponsor, gets you in to the local “Loyal Order of Moose, Lodge #2048.” Long past are the days of initiations and religious ceremonies as a pre-requisite to membership, today they are mainly social clubs, with many raising money to help local causes in the community, including local schools, 4-H Clubs, as well as money to local families going through hardships.

Sonoma is going through a similar issue with the Moose Lodge, located on Broadway south of four corners. Admit it, you’ve all seen the “Bingo Tuesday” sign and thought about going. But Jon Shannon Williams and others have an idea to give the lodge the shot in the arm it might just need to boost the membership, and provide a place for live, local music and other performances as well. As a member, certain benefits are bestowed upon you, such as hall rental, use of the fully licensed kitchen and more, which only a member has access to.

Williams is a member, as are several other local musicians, and many others in and about town who you likely know. Williams credits the late Hal Plumere for convincing him to join the lodge. “He was a great man, and told me that this was a local place for locals to have local events to help local causes and a place for locals to have fun; a club all of their own.” Williams continued “He wanted me to know they welcome new, younger members, that it’s important to keep this place for the future.” The words hit home for Williams. He joined, as did others, with visions of using the space for shows, events, even rehearsal. “If everyone in the band is a member, all we have to do is book the time.”

Williams has started out with a Thursday night open-mic, to try to fill the void left by the venues in town that have closed or stopped doing music in general lately. The venue boasts a brand new stage and Williams plans to have a back-line present for any and all to use, as well as a P. A. “We’re hoping to keep the momentum going and present shows and dances on the weekends, and not just music, but plays, poetry, art, art in general” says Williams passionately. “The venue could be a great place for just about anything you want to do, especially if you’re a member.”

The open mic has slowly been picking up steam, since kicking off in early August, and starts each Thursday at 7 p.m. Artists and musicians that want to know more about Williams and his vision, can reach him at 815-8296. For more info about the Moose Lodge, point your browser to sonomamoose.org. 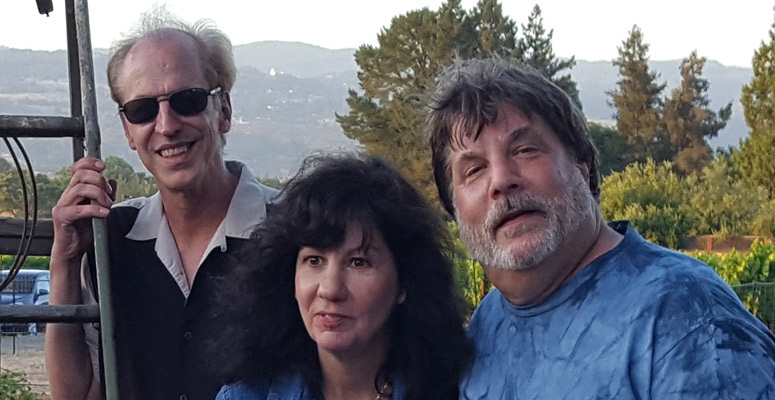 (Note: This may or may not be portions of the official press release, but I can say the acts are booked)

SONOMA, CA – The volunteer Board of Directors for the Valley of the Moon Vintage Festival has announced the musical entertainment for the weekend with two full days of free live music in addition to an encore performance from Notorious at the Friday night Gala.

“We really wanted to once again feature local musical acts from Sonoma this year and we think there’s something for everyone on the Saturday bill” said Maria Toimil, president of the festival board. “Tribute bands have also become very popular and we’ve brought in some regional acts as well as some local bands for “Tribute Sunday.” We’re really excited about the Sunday performances”

Kicking off the day on Saturday, Sept. 23 at 11 a.m. is local teen act Radar, paying classic rock favorites. Next up is the Cork Pullers, with Tim Curley and friends. You may have caught them doing the National Anthem at AT&T Park recently. T Luke and the Tight Suits are back again this year. Bandleader Luke Domingue is the son of the late Ritchie Domingue from Gator Beat and proving the apple doesn’t fall from the tree, the act puts on an electric set of Cajun-Zydeco dance songs. The Magic Band playing rock soul and reggae takes the stage soon after followed by Luvplanet. Band leaders Mark McGee and Nicole Sutton are festival favorites and McGee has played with many acts over the years and has toured the world with Gregg Allman, Starcastle and the ground-breaking metal act from the ‘80s, Vicious Rumors. Wrapping up the day will be Danny Click and the Hell Yeahs!. Click is a veteran of the Austin, Texas music scene and now lives locally and his brand of rock, rhythm and blues will be sure to get you jumping.

Sunday, Sept. 24, it’s “Tribute Sunday” with four tribute acts that will bring you back to music of era’s gone by. The day kicks off early at 10:45 a.m. with a gathering of local music veterans paying tribute to Z. Z. Top as Sleazy Top. The members will be a surprise to all. With the absence of the Sonoma Music Festival and the appearance of the popular perennial headliners, Long Train Runnin’ will take you back to the ‘70s and ‘80’s with a tribute to the Doobie Brothers. Up next is Ralph Woodson with his “Purple Haze Tribute to Jimi Hendrix” that will dazzle you with licks from the great Jimi Hendrix. The day wraps up with the popular local Beatles tribute act Rubber Soul, playing acoustic Beatles favorites.

A new addition to this years festival will be the “Acoustic Stage,” located within the art area and under the redwood tree for festival-goers that want to relax and get away from the hustle and bustle of the main event. Performers include Wildflower Weed, Acoustic Soul with Adam Traum, Jaydub and Dino and Chris Hanlin.

Music for the weekend is free of charge and open to the public and families are invited to come down to the Sonoma Plaza and enjoy the music talent as they browse food, art and the many local non-profits that will be in attendance. For the full schedule of events, point your browser to valleyofthemoonvintagefestival.com

If your gig isn’t in my column, you didn’t tell me about it. jmberry@sonomamusic.com