With summer upon us and many folks hitting the road for a vacation, or even for a short “staycation,” there’s always the question of “what will we listen to?” Sometimes the travels take you where the XM or cell service is no more and you need to resort to old-school means, and have a playlist ready. We’re breaking out of our “Top Eight” model and giving you 10 that should get you there just in time.

10) On the Road Again– Willie Nelson
Originally recorded for the movie Honeysuckle Rose in 1980, which Nelson acted in as well, the song tells the story of a young country singer trying to juggle his life on the road and his family while he searches for the big-time. The tune got nominated for an Academy Award for Best Original Song, ironically, to be beaten by the song “FAME,” from a movie about artists that DID make it big “ I just can’t wait to get on the road again.”

9) Take It Easy – The Eagles
The signature song by the Eagles was actually written by Jackson Browne, who was an upstairs neighbor at the time in the apartments where Glenn Frey lived. Frey was a session player in Los Angeles and Linda Ronstadt’s manager plucked him, Randy Meisner and Bernie Leadon from Ronstadt’s band to form a new band, the Eagles. Browne gave them a partially written song and Frey wrote the famous second verse line, “I was standin’ on a corner in Winslow Arizona.”  We don’t think Winslow has been the same since.

8) Ukiah – The Doobie Brothers
This one is a personal pick. The Doobie Brothers have many tunes that would be perfect road trip music, “Cross City Midnight Lady” and “Rockin’ Down the Highway” to name a couple. A few years back as we were on our way to the Kate Wolf Memorial Music Festival and had a six-disc mix going in the car and just as we came down the 101 into Ukiah, this song came on. How on earth did it know? We had goose bumps all the way through town.

7) Jessica – The Allman Brothers
The title is never mentioned as the song is an instrumental, but the moment you hear it you’ll become instantly reacquainted. Written by Dickey Betts for the “Brothers and Sisters” album, the disc put the band back on the charts after the death of founding brother Duane Allman and bassist Barry Oakley, who would each die within three blocks of each other in separate motorcycle accidents one year apart. Although not near the crash site, in 1988 the Georgia legislature named a section of State Hwy. 19 “Duane Allman Blvd.”, right near the “Raymond Berry Oakley III” bridge.  The song is named after Bett’s daughter and in 2006 the Wall Street Journal declared it a “a true national heirloom.”

6) Radar Love – Golden Earring
“I’ve been driving all night my hands are wet on the wheel…” goes the first line of lyrics for the 1973 hit for the Dutch act that was actually re-mastered from a much longer version from an earlier European release. The album “Moontan” was aimed at the emerging American FM radio audience and to even have a song from the disc that charted on AM on the Billboard charts as high as 13 was a surprise. The band would not chart again until 1982 with “Twilight Zone.” Another Dutch band you may recall, the Shocking Blue, topped the American charts with “Venus in 1970. The Dutch would not tread onto the American charts again until the late1980’s with Adrian Vandenburg’s self titled band Vandenburg.

5) Highway Star – Deep Purple
The story has this road tune actually being written on the road, in a tour bus in 1971 after a reporter asked Ritchie Blackmore, guitarist for the band, how they go about writing songs. He said “like this…” and began to write it and finished it on the bus that day, Deep Purple, which at that time held the title in the Guinness Book of World Records as the world’s loudest rock band, performed it at that night’s show. The song became the opening number for the band for most of their performances over the next 30 years.

4) Layla – Derek and the Dominos
The short lived project that featured Eric Clapton and Duanne Allman, produced one of the most memorable rock riffs in history, featured at the beginning of the song. The album, released in 1970, was bashed by the critics and did not achieve the acclaim that it would in later years. The project was marred with problems from the outset and heavy drug use eventually tore the band apart. Layla was released as a single in the U.S. in 1972 and rose to No.10 on the Billboard charts and the album has since been claimed by many as some of Clapton’s finest work.

3) Goin’ Down the Road – The Grateful Dead
Originally written by Woody Guthrie, the song has been covered by many acts, the Dead, the Allman Brothers and many “jam” bands. The Dead we’re the original jam band, taking short versions of songs and stretching them into long “jams.” Some of the modern jam bands include Widespread Panic, Phish and Gov’t Mule. This tune makes any road trip that much shorter. After a few bars you’ll be singing along.

2) Roadhouse Blues – The Doors
“Keep your eyes on the road and your hands upon the wheel” belts Jim Morrison in this classic road tune that was originally released as a B-side for the single “You Make Me Real.” The song was recorded over a two day period in 1969 that featured guitarist Lonnie Mack on bass and John Sebastian on harmonica, playing under a pseudonym for contract reasons. The song has since been covered by many including Blue Oyster Cult, Mahogany Rush, Velvet Revolver and essentially every two-bit cover band in the country.

1) Freebird – Lynyrd Skynyrd
Really, just about any Lynyrd Skynyrd song could be in the road mix. Many program directors of FM radio stations in the ‘70s will claim that Freebird was the most requested song of that decade, even surpassing rock icon Led Zeppelin’s classic “Stairway to Heaven.” Lynyrd Skynyrd made records for only four years before the plane crash that took the lives of front man Ronnie VanZant, guitarist Steve Gaines and several others members of the band in 1977, yet the music lives on. The band plays on to this day, with one original member and various members of other southern rock acts. 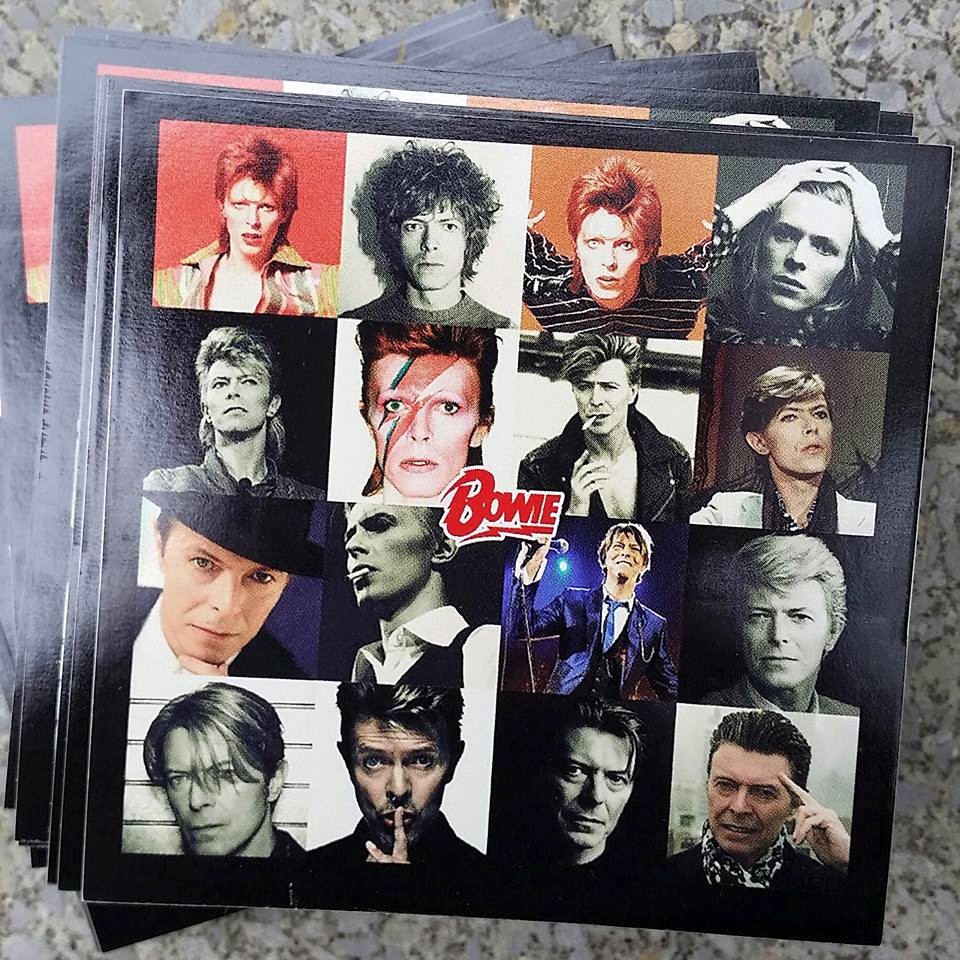 Fresh off presenting a tribute to Prince, Dmitra Smith isn’t sitting still, and is presenting literally a “Who’s Who” of local musicians for a tribute to David Bowie on Saturday, June 25, at 8:30 at the El Verano Inn. It will be an entire night of Bowie covers, and maybe some Micjk Ronson,  and the musicians include: Dmitra Smith, Pascal Faivre, Ian Hinkley, Jason Huybers, Tony Gibson, Stuart Sperring, Zakk Murphy, Paulie Hips, Adrian Trevino, Taylor Diaz, David Hinkley, J. B. Duff, Deirdre Egan, Stevie Steele, Michael Ramsey, Adam Mick, John Arntz, Michael Noel, Michael “Ghost” Ramsey and Orion Letizi. Attendees are encouraged to come in your best Bowie attire, which gives you plenty of options. There will also be raffle prizes.

Indian Violin maestro Kala Ramnath will be presenting a “Masterclass” in Sonoma for serious students and professional violinists through the studio of Leta Davis. The event is open to a public audience as well. Ramnath is famous for her “singing violin” sound through the Indian Raga forms. She has been a collaborator with Hillary Hahn as well as some of Americas great jazz artists. Davis and her new band, the Mesopotamians, are bringing these sounds to our community and she is looking forward to learning and sharing this opportunity with music lovers in the area. Violin students under 17 get free admission and there are seven violin openings still available. Interested musicians and the public can call 321-8572 for reservations and more info.

If your gig isn’t in my column, you didn’t tell me about it.